After living in four different countries, Somali-born Abdakader decided to settle down in Germany. Starting a new life in the country was made easier as he quickly found a job opportunity through a temporary work agency. Not only could he leverage his already acquired skills in mechanics and electronics but he eventually landed an open-ended direct position at the company he had been assigned to. 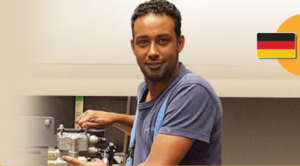 Abdakader was born and raised in Somalia and spent most of his childhood, adolescence and young adulthood in Yemen. At the age of 24 he went to Syria, and three years later moved to Turkey. He stayed there for another three years before coming to Germany, via Greece, in 2015. At this stage, the 33-year-old wished to settle.

His wish to stay in Germany was probably in no small part due to his job, which he found after a short period thanks to a German temporary work agency specialised in the industrial-technical and commercial field. A roommate of Abdakader’s at the refugee home connected him with the staffing agency – and he already possessed the optimal prerequisites: his German was so good that communication was not a problem, and he knew his way around mechanics and electronics. That’s why right from the start the company where he works assigned him activities that corresponded to his level of knowledge. Abdakader was not only respected professionally, he was also warmly welcomed by his colleagues. This new start was pleasantly uncomplicated for him and Abdakader’s positive experience continued when he landed an open-ended direct position at the company he had been assigned to.

Abdakader is nonetheless still considering the possibility of doing an apprenticeship so that he has a stronger basis for his future career in Germany. The German work structure took some getting used to for the native Somali, but his advice to others in a similar position is to be patient and to familiarise themselves. For the time being, Abdakader appreciates the security which his position brings him. Thanks to the support of the staffing agency, he was able to begin a new life in his new home country. 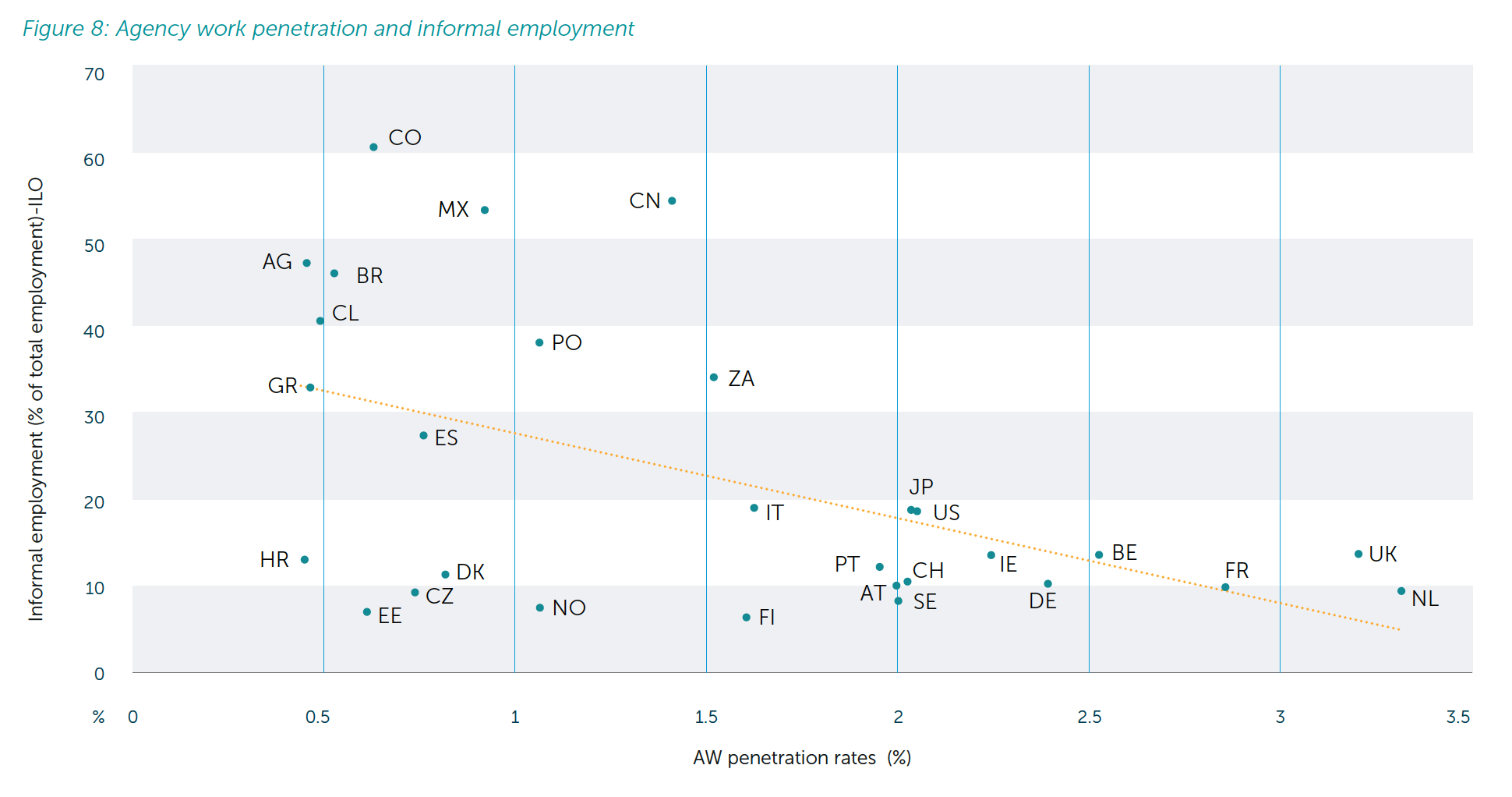 The agency work sector plays a crucial role by facilitating access to jobs for vulnerable groups. This is partly due to lower entry barriers compared to other employment contracts, such as open-ended direct contracts which might be difficult to obtain right at the start, and to the support which temporary work agencies provide in the job search. Reduced barriers to enter labour markets via the agency work sector also contribute to the reduction of informality. Refugees often end up in the informal economy due to host countries limiting their freedom of movement, thus restricting their opportunities to take up formal work.

For more data about the contribution of the sector, check our Social Impact Report 2021.

Formal work migration reaps benefits for individuals, companies and societies. It bridges persistent skill gaps and provides opportunities for individuals to find a job most aligned with their ambitions, skills ...

60% of all global workers are working informally. As such, they are devoid of the most basic of fundamental principles and rights of work and exposed to serious threats, including ...

Labour market regulation is key to ensure rights and certainty for workers and employers in their employment relationships. Labour law and employment protection legislation provide a framework for the functioning, ...